This proposal revokes a deployer wallet’s DEFAULT_ADMIN_ROLE for these two new contracts:

These two new contracts will grant the DAO ultimate responsibility over its ERC20 funds. After this proposal executes, the current Gnosis Safes would be able transfer DAO-owned ERC20 funds to these Treasury contracts.

As these contracts are going to store all of the TrueFi treasury at some point in the future, it is extremely important to make sure they are bullet proof.

Contract code had been:

Do not trust. Verify. It is your responsibility as a voter to make sure new TrueFi DAO treasury is a safe place for DAOs ERC-20 tokens.

While TrueFi places high trust in the current Safe signers, there is currently no mechanism for the DAO to revoke the Safe signers’ privileges in case of disagreement. Formally, these Safes currently act as autonomous owners of the DAO’s ERC20 funds.

The DAO has already been granted DEFAULT_ADMIN_ROLE for these Treasury contracts, so this revokeRole() is the RBAC analogue of the claimOwnership() from the deprecated Claimable design pattern.

After this proposal, the DAO will be the only address that is able to grant and revoke MANAGER_ROLE and PAUSER_ROLE in the Treasury contracts. The MANAGER_ROLE is intended to prevent voter fatigue, since it would be cumbersome for DAO voters to micromanage day-to-day funds transfers. The PAUSER_ROLE is a fast arbiter to prevent a MANAGER_ROLE rugpull if the DAO votes (delayed by a timelock) to revoke an address’s MANAGER_ROLE.

There is no voting option Kaimi…?

This proposal has been created on-chain. Voting period begins Wed Dec 7 at ~3am UTC and will run for 72 hours. 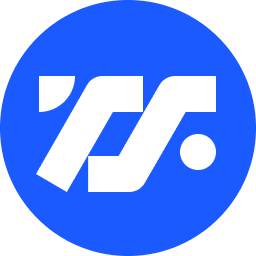